Hello! Are you ready to learn some history today? As a total history nerd, this post that I’m about to share makes me happy because I get to share history with y’all, and what could be better than sharing an amazing true story?! Beause seriously guys, stories are awesome. And yes, before I go on, I know that there are bad stories and sad stories and stories that are full of horrible darkness and terrible fear. I’m not advocating for those stories. I love stories that are full of good qualities – hope and love and bravery and finding the light in the darkness. Those are the stories that ignite our imaginations, warm our hearts, feed our minds, and delight our souls. Stories come in all sizes and shapes, in all colours and languages and genres. And that is really a beautiful thing, isn’t it?

The story I’m going to share with you today is one that I had never heard of before, perhaps it is a lesser known story hidden among the annals of time. This story is one of incredible bravery in the face of adversity, and one of incredible hope in the face of seemingly insurmountable darkness. It is the story of the crew of the Endurance, the ship that sailed to the bottom of the world. Let me tell you their story…

In the early 20th century, the race to the Antarctica was on. It was one of the most mysterious, unknown places on the face of the planet, and men had an itch to go and explore it. The ideal was to hit the South Pole, a place never seen by the eyes of men, and a goal much coveted by many explorers. But there was a man who proposed something radical – he wanted to be the first to actually cross the continent of Antarctica, passing over the South pole in the process. This man was a Brit named Ernest Shackleton, and in late 1914, he set off with a crew of 27 men in a ship named the Endurance, heading for Antarctica. 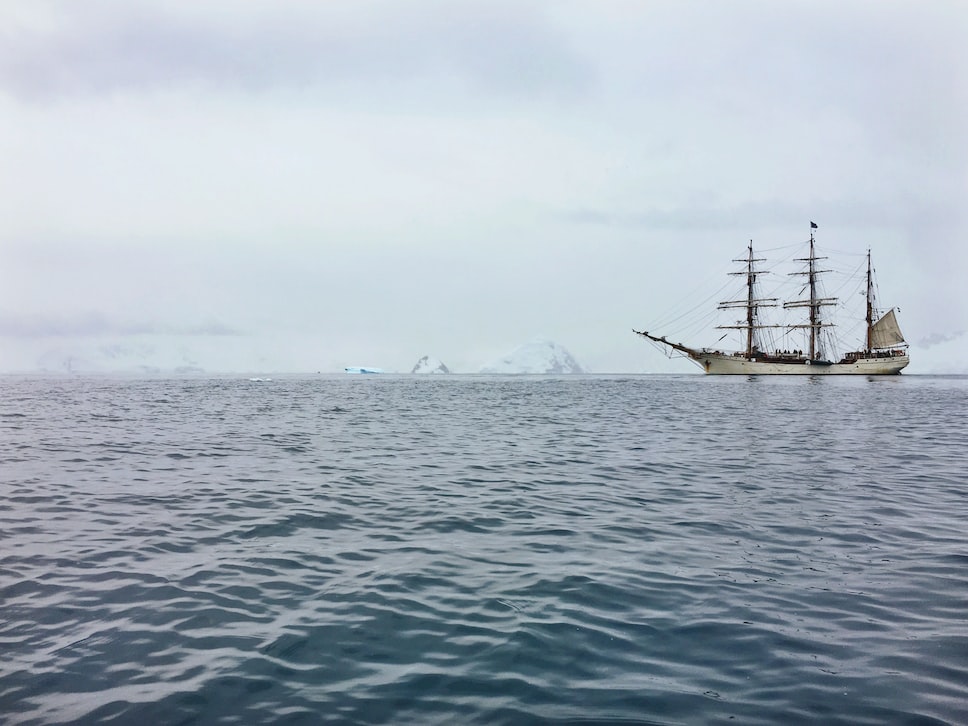 But in January of 1915, disaster struck. The Endurance became stuck in the ice of the Weddell Sea. With no way to contact the outside world for help, Shackleton and his men were stranded at the bottom of the world – trapped in the ice. Amazingly, they remained there for over 10 months, living off their supplies and trying to figure a way out. But none came. The ship slowly was ground to pieces by the relentless ice, and the men had to abandon it to camp on the surrounding ice floes. Finally, on November 21st, the end came… I imagined what it would’ve been like to be one of the crew men, sitting under makeshift shelters on the ice, watching your only hope of survival and rescue slowly sink… Perhaps this is what he would’ve written…
~

The ship is shrieking louder now, moaning its complaint at being slowly torn apart.

I sit here huddled under the makeshift shelter in a frozen world, watching our only hope slowly but surely succumbing to the power of the ice.

And all I can do is sit here, surrounded by my fellow sojourners in this frigid wasteland, and watch silently as the Endurance struggles helplessly against the bitter elements that hold her within their strangling grasp.

This ship has brought us so far. So very, very far…

And now it is gasping for breath with these terrible groaning shrieks that seem to pierce within me, much sharper than this bitter wind does. The minutes tick by slowly but surely, and the ship is going down. My fingers are numb, they can barely hold this pen. The cold is relentless, the wind insistent.

And the Endurance is sinking.

The men around me are silent – we know we are witnessing something monumental. Our grasp on civilization is slipping fast, our numb fingers can do nothing to stay the suck and pull of the ice.

The ship is nearly crushed now, just splinters and flapping sails and joists sticking out like broken ribs. It’s slipping, slowly slipping beneath the ice…

Nearly gone now… One minute, another minute, one more…

The sail flaps forlornly in the wind, almost as if it is waving farewell to its lost inhabitants.

And now… and now, the groaning stops, the shrieking dies away, and the Endurance slips beneath the ice.

Leaving us 27 men marooned in an arctic land.

Alone. With only the wind and the ice and what provisions we could rescue to keep us company.

May God have mercy on us, for we are now utterly stranded.

27 men remained on the ice, stranded in a frozen wasteland, now with no hope of escape. But did that stop them? No! This story is incredible. Shackleton and his men fought for their survival, against all the odds. Battling freezing gales, they used their life boats to make their way from the ice of the Weddell Sea to a tiny island called Elephant island. Amazingly this was the first solid land that the men had stood on for 497 days! There, 22 men set up camp, with only a few boats to use for shelter, wild birds to kill for food, and gale-force winds to battle against on a tiny strip of beach. Shackleton and five men set sail in a tiny lifeboat, trying to make it to the mainland of Antarctica. They were on the sea for over two weeks, struggling just to keep the boat from capsizing. When they did reach land, they then had to trek for another twelve days to reach a whaling station. Scaling icy glaciers and frozen deserts with just hobnailed boots and a length of rope, these men were exhausted from hunger, exhaustion and cold. But, they made it to the whaling station! And when Shackleton and his men, along with people from the whaling station went back to Elephant island to see if there were any survivors, they found all 22 men that were left there still alive! Seriously, that is absolutely crazy. In August of 1916, the crewmen from the Endurance were reunited – just over two years after setting sail from England, and nine months after the Endurance went down.

Now if that isn’t an incredible story, I don’t know what is! Can you imagine the desolation, the hopelessness, the despair the men must have felt watching the Endurance go down? Can you imagine the cold, the wind, the hunger that the men felt daily for over a year? Can you image the incredible tenacity, perseverance and endurance that those Shackleton and those 27 men must have had? I for one find this story amazing – it’s true that sometimes truth is stranger than fiction! This is why I love history. Because within the pages of the ancient tomes you find stories like this one – stories of incredible men and women that didn’t give up against all the odds.

Let’s chat in the comments! Have you ever heard of this story before? What are some of your favourite stories from history?

*Note: Credit for all my knowledge about this story from history goes to this book, as well as this page.

4 thoughts on “Endurance Lost – A Glimpse from History”